It’s been a very busy few weeks with shoots in Arizona and San Francisco for Teachers Count, a non-profit that raises the status of teachers by geting actors, athletes and celebrities together with their favorite teachers for photo shoots.  The images get used for poster campaigns which are distributed to schools across the country.  Over the past few weeks I’ve had the pleasure of photographing Kurt Warner (Cardinal fame) and Stephen Curry (a basketball player currently with the Warriors).  All of the shoot are fun, but this last one with Stephen was a lot of laughs.   He had not seen his mentor/teacher Chad Fair, a drama teacher from Charlotte, for quite some time so there was a lot of joking going on.   We had a great time.  Stephen even loved the makeup part.   Here are some outtakes and the final two images chosen for the campaign. 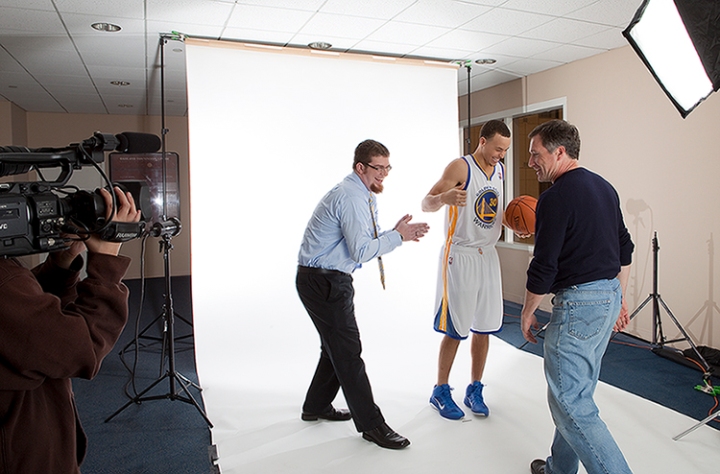 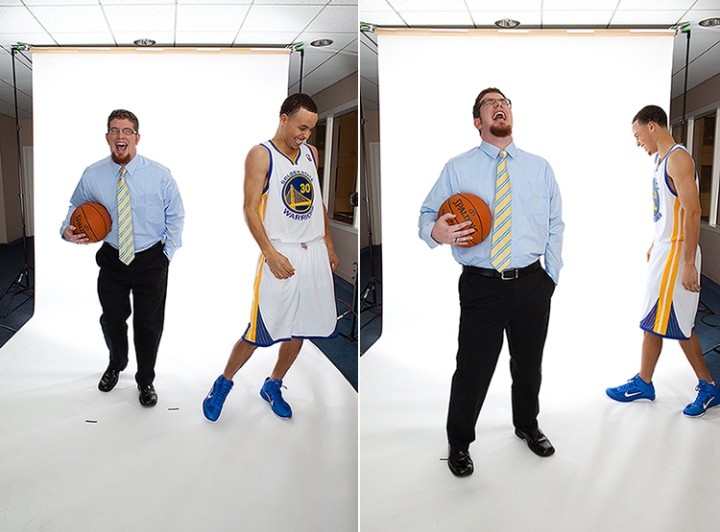 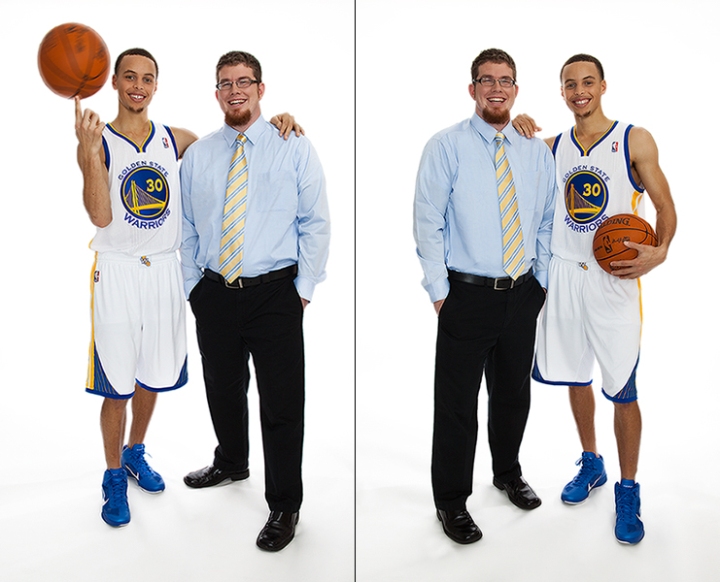